Posted by Jaco on Fri February 4, 2022 in iSimangaliso Wetlands, Biosphere, and Biodiversity.

Trust us to find all these baby chameleons in the month of Love! Teeny, tiny, Flap-necked Chameleons (Chamaeleo dilepis), the size of a child's thumb are all over the Western Shores and around Makakatana at the moment.

We have had some fabulous sightings of them while out on our night drives. Chameleons are mostly found throughout Africa and Madagascar, but they are not limited to these locations. For someone who has never seen a baby chameleon before, it is easy to mistakenly assume that they are dwarf chameleons. The Setaro's dwarf chameleons (Bardypodion setaroi) are endemic to the area but are more prevalent on the Eastern Shores of the iSimangaliso Wetland Park.

If you were a child in the 1980's you should be familiar with a rather addictive game called 'Where is Waldo'. It was a great form of entertainment that entailed searching for a little character called Waldo who was hidden in amongst a maze of characters and objects. You needed to squint your eyes and scan the page from side to side, sifting through the shapes to find this peculiar iconic man. It was such fun and it was such an exciting feeling when you finally found Waldo.

We as guides can compare this game to our daily lives when out on a safari drive, which can be challenging and frustrating. Yet what an exciting thrill when you finally find something special after scanning through a sea of grasses, walls of bushes and trees, and searching for a glimpse of something unusually shaped. Your eyes as a guide, slowly become trained to pick up these odd shapes that reveal little camouflaged miracles in nature. 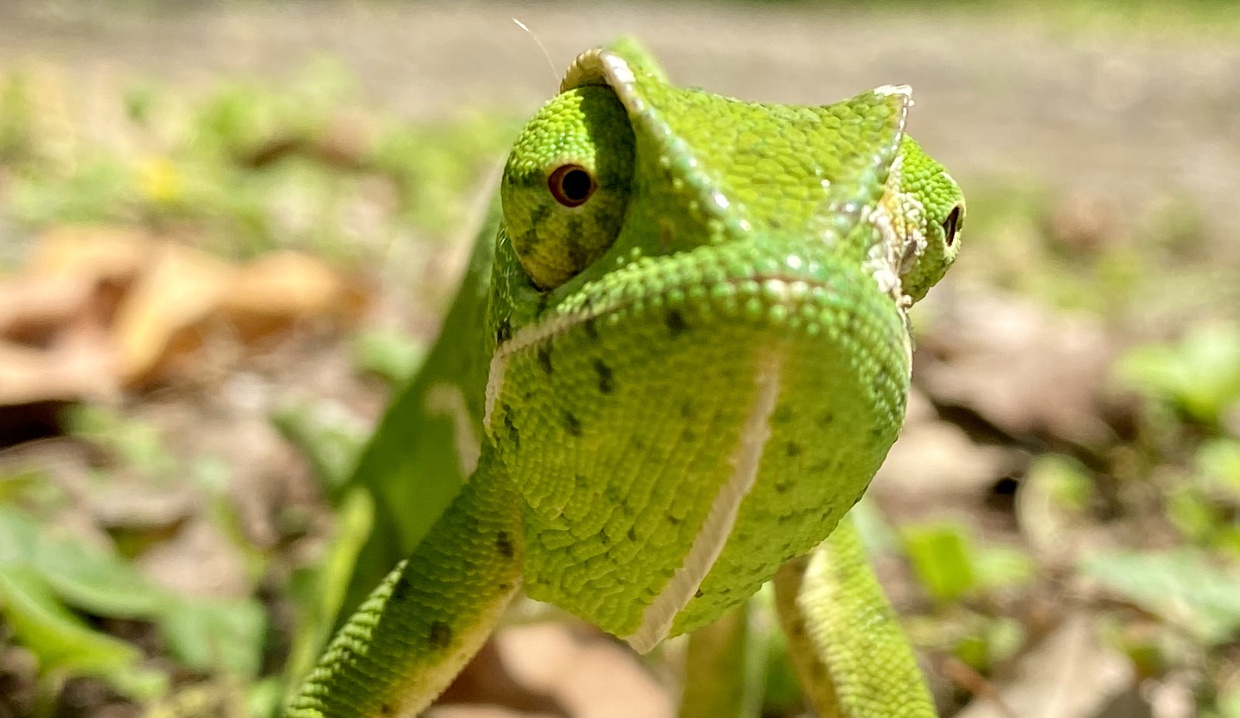 There is a lot to see in the biodiverse iSimangaliso Wetland Park, and there are many animals that are hard to find - particularly chameleons. Finding all of these babies was like arriving at a social distancing bush gathering, with every third blade of grass hosting an occupant. There are entire 'nurseries' around at the moment, with chameleon hatchlings coming out from last year's egg batches.

Flap-neck chameleons dig a hole in the soil about 30 - 45 cm deep, depending on the type of soil and then bury the eggs.  Females are pregnant for four to six months before laying between 25-60 eggs at a time, which then take 10–12 months to hatch. The babies stay small for about 3-4 months, before becoming larger teenagers at around 6 months. It then takes about 2 years before they evolve into fully-fledged adults. The life expectancy of a Flap-neck is 5-8 years. 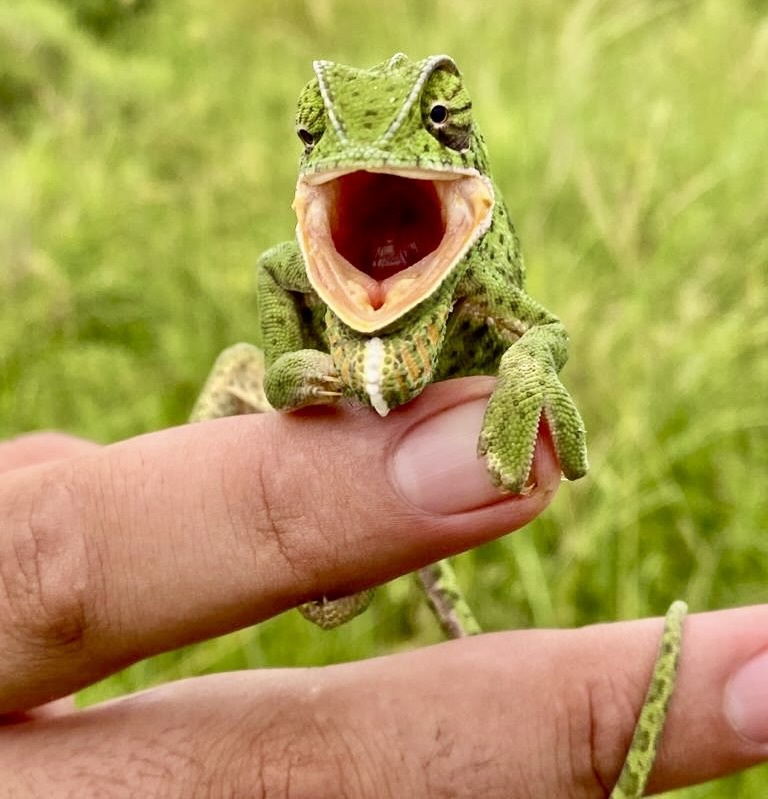 The biggest threat to Flap-necks in the iSimangaliso Wetland Park are birds - particularly the Burchell's Coucal who snack on them like smarties! Snakes and monkeys also eat them, but another big threat is that they are killed on the road. They are so tiny and so well camouflaged, so please drive slowly and carefully in all Parks.

It just wouldn't be right if we didn't mention a few superstitions and African tales about the chameleon. In the Zulu culture, many believe that a Chameleon's tongue shoots a bolt of lightning, or spits fire and will shock you if it strikes.

Some African tales tell how when an adult female chameleon dies, babies crawl out of the bones! I suppose there is a simpler explanation which is that sadly the adult mothers often die from exhaustion after digging the holes and laying up to 50 eggs.  When the babies hatch a year later they crawl out of the soil, through the mother's skeleton. This must understandably be quite creepy to watch!

So what does this discovery mean? If you come and stay with us at Makakatana on your visit to Lake St Lucia in the iSimangaliso Wetland Park World Heritage site, you stand a pretty good chance of spotting these amazingly cute and super small animals on one of our night drives.

We hope to see you in February and March so that you can get a sighting of these magnificent babies! 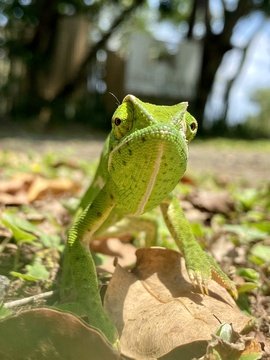 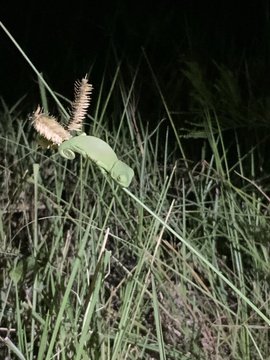