Wildlife Safaris With Meaning - Spiders of the iSimangaliso Wetland Park

Posted by Jaco & Stephanie on Thu November 25, 2021 in Biodiversity. 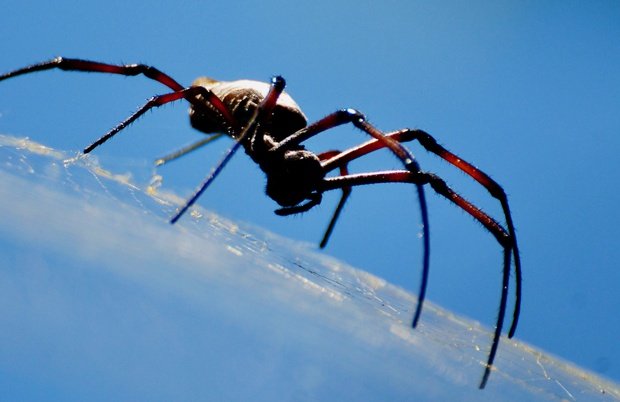 Before going on a safari adventure at Makakatana, our knowledgeable guides might ask you if you have any fears or phobias. Our aim is to add a more meaningful wildlife experience and take you on a conservation journey that will leave you with a deeper understanding and connection to the miracles and wonders that surround us. Sometimes we come across creatures not fully understood or appreciated and most of the time they are the small things that are ignored and sadly disregarded. One such creature is the friendly spider. Now, before you close the tab in horror, let’s take a quick look at the importance of these unique members of the Arachnid family that live in the biodiverse eco-systems in the iSimangaliso Wetland Park.
.... DON'T BE AFRAID OF THOSE LEGS.

'It's the beauty within us that makes it possible for us to recognize the beauty around us. The question is not what you look at but what you see'. Henry David Thoreau

Arachnophobia is the most common fear in the world and scientists have been doing studies for many years to determine what causes this fear. There are very few cases of people actually having a bad experience with spiders and a recent study revealed that the fear of spiders and scorpions is often inherited from our ancestors and that most people don’t fear being bitten, but rather fear having the spiders legs crawling on them.

So that leads us to the question, why do spiders have so many legs? Well considering most spiders spend a lot of their time sitting on strands of silk waiting for a tasty morsel to get caught for lunch, having a couple of extra legs is very handy. Being able to make silk strands from your spinneret gland and weave them into intricate webs alone is sufficient means to not go hungry.

Making booby traps to catch your dinner is also no easy feat. The elegant ballet of bungee jumping with some string from your butt, (I mean the abdomen) is not as easy as it looks. Having extra legs to grab leaves and flowers to make anchor points is very convenient. The spider anchors itself onto the web with the top two legs, uses two or more legs to maneuver and spin its pray and then uses another two back legs to knit and weave around the prey. The last two legs are used to pull silk from the spinneret gland.

Spiders are carnivores and eat mostly other small insects and these insects are usually fast (you have to be if you don’t want to end up as lunch). So when a fly or moth is fluttering against a silk thread and playing it like a guitar, the spider has to rush over and catch it before it makes an escape. Once caught the spider has to wrap it up like a Mexican burrito (Yes humans are not the only foodies out there.)
Now if you have ever wrapped a burrito or Chinese spring roll you will know just how difficult it is to get it nice and tight with just two hands. Hence another reason why spiders need extra legs.

Ever seen a spider missing a few legs? It is very common. Spiders sometimes loose legs to escape from larger predators, but this does not stop them from living their lives to the fullest. A spider still hunts with up to four legs missing and will most likely grow back its legs once it molts from its old exoskeleton. All spiders can jump but not all use this ability. Only certain species that don’t make webs rely on their jumping skills in order to hunt.

The largest sub group of spiders in the world are jumping spiders. Before you start having palpitations these are the smallest and cutest of all spider species. These spiders don’t weave webs to hunt, but still rely on trapping or ambushing their prey. When jumping or climbing, spiders will still release a silk tether that stops them from flying away with the wind and to climb back up to their previous spot if they fall. All spiders rely on a mechanical system like hydraulics to move their legs making use of their circulatory system to pump hemolymph (spider blood) into their legs. Surprisingly a few jumping spiders eat pollen and nectar to supplement their diet.

Scientists believe trapdoor spiders to be the oldest known species of spider known to man. The trapdoor spiders are known to be shy and non-aggressive with venom that is harmless to humans. Their main defence is shedding fine hairs to irritate predators. They often appear timid and will try hide from humans. These web-less hermits use their silk to weave tunnels for their young and hinges for their special 'trap' doors that are made out of twigs and dried leaves.
Burrowing Spiders are more curious than there “stay behind closed doors” cousins, but are known to be gentle giants that are similar to tarantulas. When threatened they tend to give a nasty bite considering they are one of the few species of spider who's fangs can break through the human epidermis.

Creeped out by our leggy friends? Maybe you should consider what makes spiders an important part of the delicate balance of nature:

Spiders are actually our tiny protectors and by catching and eating insects that can harm us, such as mosquitoes (the number one killer in Africa), flies and other pests that are a threat to our food like caterpillars, grasshoppers and aphids, spiders help us.
Everything in nature lives in balance and while spiders are important to have around to be our natural pesticides they also play a significant role in providing food for other creatures. Take for instance the potters nest wasps that catches spiders and stores them for their young to eat. Spiders play in integral part in most bird’s diet thus keeping the spider’s population numbers in check and some birds like the Paradise Fly-Catchers use the spider’s webs to make their nests.
All creatures matter and all play an important role in the eco system even the ones we don’t always like. And while our ancestors had every right to fear these creatures that they did not understand let’s make a choice to evolve and try and live in touch with nature and its wonderful and weird creatures.

Our safaris at Makakatana Bay Lodge include teaching you about small interesting things in nature and how our ecosystems work in the iSimangaliso Wetland Park, a UNESCO World Heritage site. 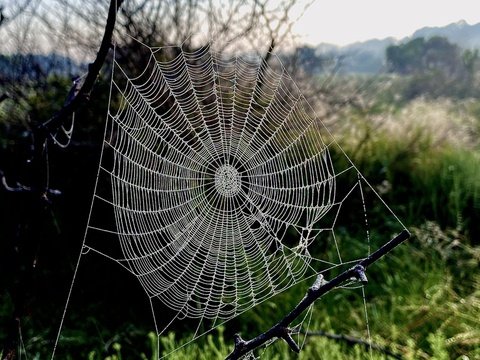 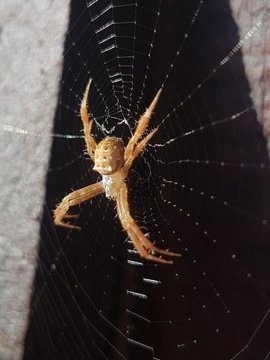 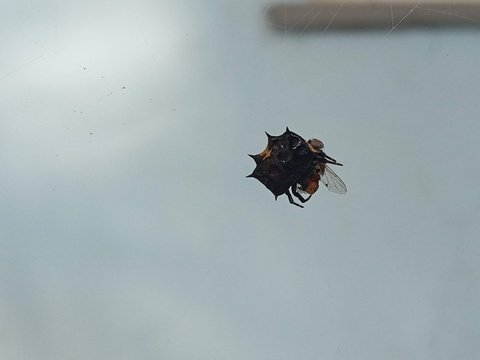 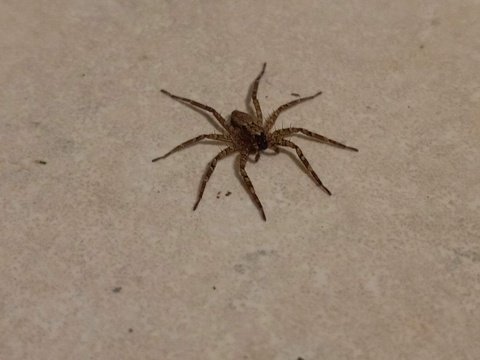 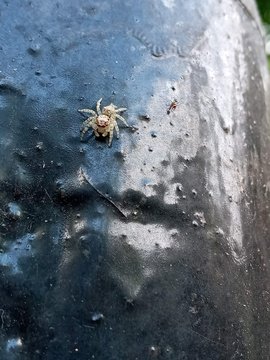 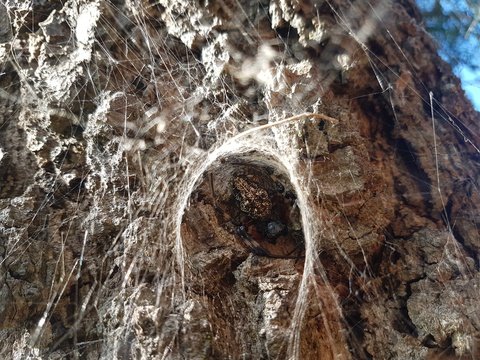 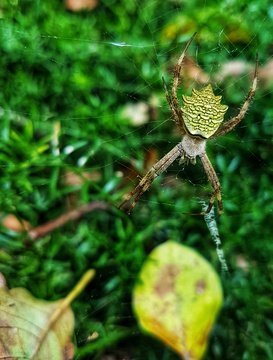 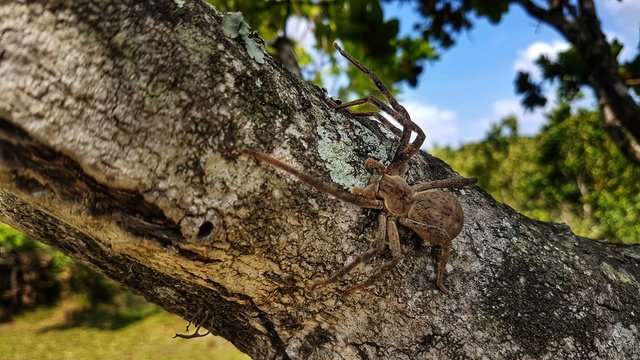 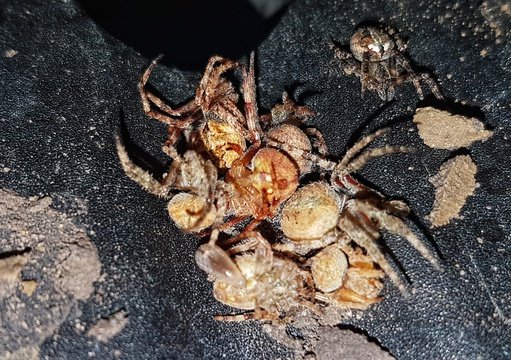